Barcelona boss Ronald Koeman hit the artificial surface in Cornella before the Copa del Rey clash in the middle of the week.

The Dutchman has spoken with clarity of his dissatisfaction with the fact that their Catalan neighbors are playing on an artificial 4G surface rather than real grass, and he believes that should not be allowed.

Koeman told reporters at his pre-game press conference on Wednesday in quotes from El Pais: “For me, playing on artificial turf fields is not football. I understand that these teams have the advantage of playing at home and I like it that way. But it depends on the condition of the field and the light. “

It is likely that the Blaugrana will field a vastly changed team for the trip to the Segunda B-team, who beat Atletico Madrid 1-0 in the preliminary round of the competition.

It’s likely that several fringe first-team players will make an infrequent start to the encounter, along with the possibility of several B-team stars making their senior debuts for the club. 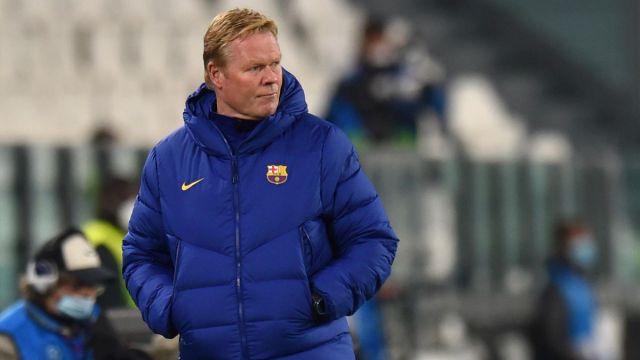 Koeman added that the condition of the field at Cornella would justify the decision to play more younger players: “The young people in our squad and some on the B-Team are more used to playing on this type of surface because they are familiar with it from grassroots football.

“The older players didn’t play on artificial surfaces because I don’t know when and that would cost us because the ball bounces differently. When the field is wet, it goes faster. You need to prepare because there is no excuse for playing on artificial turf. It’s time to play and it’s time to match. “