The residents of Rainbow Shores have done hard work in their response to the council on developing the proposal for the former golf course.

Rainbow Shores is the result of a rigorous master plan created to ensure sustainable development for future generations.

The vision of the Krauchi family was to create one of the most pristine living environments in the world, both a vacation destination and a peaceful life.

About 32 years later, Rainbow Shores is an asset to the city and will not be until the future demand for environmentally sustainable development and lifestyle choices to “change trees / seas” emerges and grows.

If tourism is the heart of Rainbow Beach, its people are its flesh. One dilemma is whether there can be economic growth in the city without houses to accommodate people to serve tourism.

The general hope is that the Council will share and carry forward the vision of a well-designed, environmentally sensitive coastal community.

If approved for 39 lots, the proposal is likely to have a significant impact on the neighborhood.

Many posts have been forwarded detailing all the key points related to the proposal to use material changes and high density subdivision including: 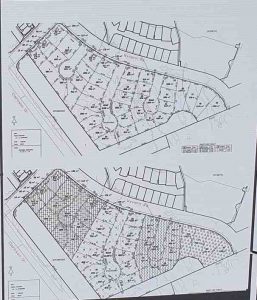 The development proposal uses the existing infrastructure and design goals of Rainbow Shores and should therefore safely merge and create more value, not the opposite.

The Council is asked to decide to establish land use policy best practices identified in previous planning studies in order to guide future development.